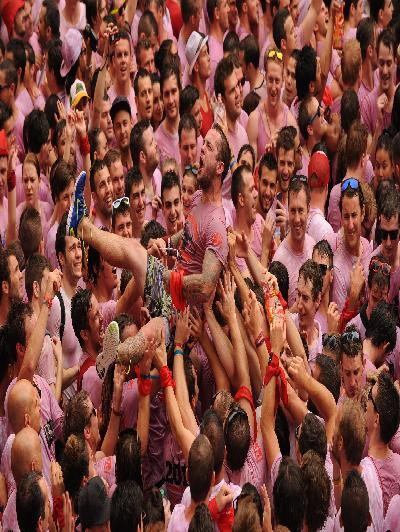 Pamplona is known for its annual event "El Encierro de los Toros", which is part of the San Fermín Festival and is held from July 6 to 14. The party includes spectacular parades of the Giants and Cabesudios, as well as a procession in honor of San Fermín on July 7. The Battle of the Bulls takes place throughout the week in the Plaza de Toros, and every morning the Battle of the Bulls passes through streets that are closed to the event by security fences. In a dramatic panic race, crowds of brave young men outperform the bulls as hundreds of watchers cheer them on. This is a dangerous event that should only be performed by runners over 18 years of age, with a higher level of physical fitness, quick reflexes and fresh nerves. This legendary event was described by Ernest Hemingway in his novel "Now the sun is shining".